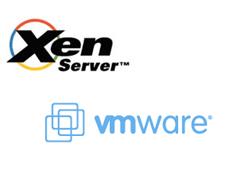 I have a confession to make: When it comes to Citrix’s XenServer/Presentation Server/MetaFrame/WinFrame product line, I’ve always been biased. I simply love it. I remember giving people JDE software in a midsize manufacturing company (that has since been swallowed by a large imperial juggernaut.) When I was a server admin there, I had only to deploy the Citrix client and some configs and the desktop admins loved me for it. At my prior company, I remember going desktop to desktop putting nasty, frequently-updated-due-to-crappy-design applications on hundreds of clients’ desktops. Thanks to Citrix, I was the office hero because staff could work at home when they needed to.

Then I discovered VMware and fell in love all over again. Now, I could deploy rich desktops without granting server access to the desktop. I could consolidate hundreds of servers, roll out emergency desktops in half the time, deploy servers from cloned templates with ease and backup entire systems without any agents. The only problem was that I never had Citrix run well on ESX 2 and 2.5, even though I was being told that Citrix and VMware go together like PB and J. If I were to anthropomorphize the whole thing (and I will) I’d say the two were jealous of each other and vied for my love and affection.

Putting Citrix on VMware
I had been advising people against using Citrix and VMware together; but should one insist, I have always recommended that they do some serious testing first. Then one day I broke down: After having read the VMware Performance Study and a great VMTN post, I figured it was about time I did my own testing. And like the aforementioned references, I got great results.

I officially rolled out Citrix Presentation Server on VI3.5 and the performance has been stellar. I don’t have a lot of users on the Presentation Servers, but I run them alongside other production servers hosting the server side of some medical applications (billing applications, etc.), effectively putting the client and server on the same hosts. I’ve done this for my own office and for a couple of clients now. You could say that I am officially backpedaling now and embracing Citrix on VMware.

Here are my suggestions if you decide to try this for yourself:

Disaster recovery services (DRS) – Use anti-affinity rules to keep your Citrix servers from bunching up together if you allow automatic allocations. While it’s unlikely that a large farm will wind up with all of its Citrix eggs in a few baskets and then lose all of those baskets, it’s a possibility that should be planned for.

Storage – Use the fastest storage you can use. Citrix directly affects the user experience and shouldn’t be skimped on. Slow Citrix equals unhappy masses, which equals poor perception of IT, which equals job troubles for you. If you have multiple storage area networks (SANs) to connect to, or even multiple logical unit numbers (LUNs) on the same SAN in different RAID groups, separate out the virtual machine disk files across your storage infrastructure to minimize the amount of disk I/O that Citrix boxes can generate (this is a good thing to do in any Citrix environment, not just a virtualized one.) Granted, I’m talking out of the side of my head here, since I run one of my Citrix farms on an iSCSI SAN, and it performs very well, but scalability may be an issue I don’t have to address to the same degree as the largest enterprises.

Benefits of a Citrix on VMware system
The net result I’m seeing is an average of 18-20 users on each Citrix box before performance starts to tank. I was getting the same performance on my physical boxes. I don’t need to schedule a reboot as frequently due to memory leaks (though we also redid the base Win2K3 install for R2, so I can’t definitely point to virtualization as benefactor here), and when I do reboot, the reboot time is, like any virtual system, much faster than a hardware reboot.

Since I now can put my Citrix disk on the SAN, I can do block-level backup of data stored on Citrix servers (which, as any Citrix admin can tell you, happens no matter what you do since users always find a way.) Having templates makes it easy to roll out new Citrix boxes as well, especially since PS4.5 makes adding a new Citrix box to your farm a breeze. Then there’s my favorite: snapshots. I’d take a lower user/server ration if I had to just to have this feature. Luckily, I don’t have to. I can take snapshots just before and after every new application is installed for publishing; before and after every app is patched; before and after updating Windows; and before and after updating Citrix. Being able to roll back with such ease is what makes me truly, deeply happy with Citrix on VMware.

So, same user/server ratio, shorter downtime periods, quicker deployment and snapshots: I call this a win-win.