The shakeup at VMware continues.

The company confirmed this week that COO Carl Eschenbach is leaving for venture capital firm Sequoia Capital. Eschenbach was VMware COO since April 2012 and a 14-year VMware veteran.

While the departure of a COO would be a significant move for any company, it wouldn’t necessarily catch our eye – except that it’s just the latest entry on a growing list of executive changes for VMware.

As the list of departed executives grows longer – and especially given their timing — it becomes harder to believe that this is simply a confluence of unrelated career moves, and not somehow related to the unfolding Dell-EMC acquisition. One analyst suggests the recent technology changes VMware has made alone demands a change in personnel.

“Just two weeks ago [VMware CEO Pat] Gelsinger was getting everyone onboard with the portfolio changes, like how NSX was going to be the next big revenue driver,” said Andrew Smith, software analyst at Technology Business Research, Inc. (TBR) in Hampton, NH. “They are in the midst of a pretty big shift that I think warrants some executive changes.”

Gelsinger is certainly trying to paint the changes in a positive light, saying this week that the company is “well positioned to continue helping our customers transition to the mobile-cloud era.” His choice of words, though — specifically the ‘mobile-cloud era’ — also highlights the company’s focus moving forward. VMware has been a company in transition for the last several years as it has created new business units to expand beyond server virtualization.

“VMware is at a very precarious point in its history as the first [wave of] server virtualization is largely taped out and it looks like the pendulum is going to swing back with the rise of bare metal in the cloud,” said Geoffrey Woollacott, principal analyst/practice manager, Software and BI at TBR. “They know they need to diversify their revenue streams away from their cash cow.”

VMware’s value proposition in the market has endured for many years but the industry cycles are now churning ever faster, and they need to quickly move to more fertile ground, Woollacott said. 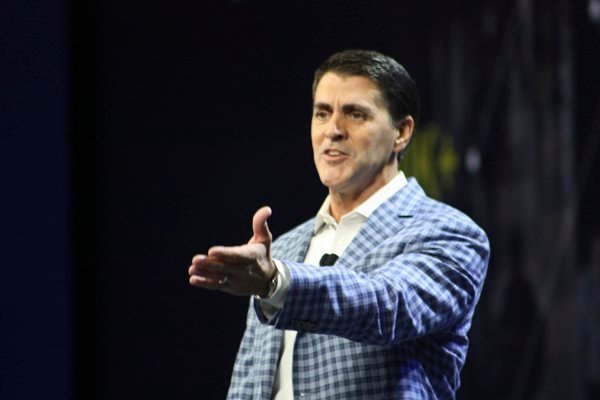 That fertile ground has been a bit hard to find as of late. The company’s vCloud Air business has floundered, and the company acknowledges its first step into hyper-converged infrastructure with EVO:RAIL wasn’t the success it hoped.

Some of these initiatives, such as its end-user computing (EUC) platform, have been very successful. It’s telling that Sanjay Poonen, executive VP and GM for its EUC division, will expand his role to lead the company’s worldwide marketing and communications.

However, the recent exodus of executive talent could undermine the confidence of users just beginning to seriously evaluate Dell, EMC and VMware’s more traditional data center-class products. For IT shops that have already completed a revamp of their data centers with products from each company, the recent brain drain shouldn’t have much impact on future buying decisions.

“It depends on where you are in your technology cycle,” Woollacott said. “If you made a major transformation bet three years ago to consolidate the data center around Dell and EMC products, you would be OK with buying a few more. But if you are at the beginning of rebuilding your architecture, you are taking a harder look at alternatives.”