Celebrities occasionally evolve beyond what made them famous. A great example is Jesse Ventura, who went from professional wrestling villain to governor of Minnesota. But others aren’t so lucky. Just look at Eddie Murphy’s singing career. 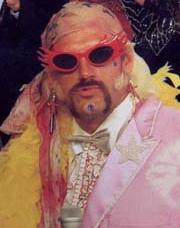 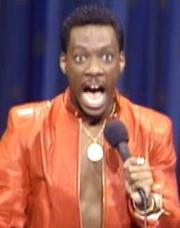 The same can be said for IT vendors. Apple grew from a fledgling computer maker to the world’s largest technology company by capitalizing on the iPod, iPad and iPhone. And now VMware is trying to pull off a similar transformation, using its core virtualization business to make inroads in other markets, such as business applications and cloud computing.

It’s too early to tell if these moves will pay off, but early indications show that VMware is getting its cloud message out there, according to the SearchCloudComputing.com 2011 reader survey. When asked, “Which vendors do you most associate with private cloud computing?” an overwhelming majority of the survey’s 500 respondents named VMware. (Google was a distant second, just edging out Salesforce.com and Amazon.)

These results are a testament to VMware’s marketing machine, which constantly reminds us that VMware is not just a virtualization company. It feels like every week VMware purchases another company, and each acquisition is an opportunity for VMware to point out, “Hey, we do cloud!”

For years, VMware has built and refined its hypervisors and management products to be able to handle private and hybrid cloud workloads. Now it’s possible to turn a conventional virtual infrastructure into a private or hybrid cloud with the addition of vCenter, vCloud Director and third-party products. Just last week, VMware again bolstered its private/hybrid cloud portfolio with the acquisition of Digital Fuel, a vendor that specializes in chargeback.

On the Platform as a Service front, VMware acquired SpringSource, formed partnerships with Salesforce.com (VMforce) and Google and recently launched Cloud Foundry. And even when VMware acquires new Software as a Service and business-productivity vendors (i.e., Zimbra, SlideRocket, SocialCast), we’re reminded of VMware’s cloud vision: that these business applications will change the way we work for the better, freeing us from the inflexibility of local storage and desktop computers. (Whether you buy into that vision is a separate discussion.)

The survey also showed that VMware ranks among the vendors most associated with cloud management. You can attribute these figures to the widespread use of VMware vCenter products, many of which provide cloud-computing functionality, such as automation, chargeback and capacity planning.

Let’s not forget about vCloud Director, which was a major announcement at VMworld 2010. The so-called “manager of managers” received a lot of criticism for its curious set of requirements, but potential rivals, such as Microsoft’s System Center Virtual Machine Manager 2012, aren’t even generally available. (Note that this question asked users about which companies they associate with cloud management, not which they prefer.)

For years, we’ve heard that cloud computing is the future. But users and vendors still aren’t sure how the market will play out. VMware is offering numerous paths to the cloud, possibly as a way to hedge its bets.

By branching out in this way, VMware is more like P. Diddy than Jesse Ventura or Eddie Murphy. Diddy raps, produces other musicians, acts and even has his own clothing line and brand of vodka. If the clothing line goes kaput, he’ll still have other revenue streams, and his overall business empire will remain intact. When it comes to business diversification — as VMware will find out, thanks to its cloud strategy — the phrase “mo’ money, mo’ problems” does not apply.