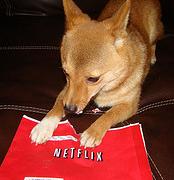 Our whole world has been virtualized.

These changes have been a boon to some and troublesome to others. The virtualization of news, books and music have all been great advancements for consumers. If a major event happens, you can open up your browser and read about it almost immediately. If a friend recommends a novel, you can buy it on your Kindle in a matter of minutes. And if you hear a song you like on the radio, you can download it right onto your phone.

But businesses are having a hard time adapting to the new model. Most newspapers are struggling to stay afloat, Borders is closing its doors and the music industry is suffering from poor sales across the board.

Now contrast this picture with what’s happening in the movie industry, specifically with Netflix. Here, it’s consumers who are feeling the pain. Netflix — a thriving enterprise — is fully embracing the abstraction of movies from physical DVDs. And to get customers on board, they’re penalizing customers that want old-school DVDs: $15.98 a month for streaming and one physical DVD at a time, compared to $7.99 for streaming-only.

Does this sound familiar? It’s the same approach VMware — another thriving enterprise — is now taking. The new vSphere 5 licensing model partially abstracts pricing from the underlying hardware. (It’s still based on physical CPUs, but it also limits the amount of RAM you can assign to VMs.) And much like Netflix subscribers, some VMware customers are up in arms.

In a recent blog post (that inspired this one), music industry blogger Bob Lefsetz wrote, “You move the public to where you want to go, you don’t follow them. Not today, not in today’s high tech digital world.”

VMware and Netflix probably could have handled the announcements of their changes better. People in both cases were shocked, which led to a lot of their anger. VMware gave plenty of notice about ESXi taking over for ESX in vSphere 5, and that helped that transition go relatively smoothly. Why couldn’t they have done the same thing regarding licensing? Listen, just as a heads up, we’re going to this new model next year. It may seem bad at first, but here’s why we’re doing it, and here’s how you can make the adjustment.

Regardless, VMware has moved to this model and will probably go to 100%-virtual licensing (i.e., no tie-ins to physical hardware at all) at some point. It is disruptive, and there is no guarantee that it won’t backfire. (Netflix stock dropped 10% in the backlash to the company’s price hikes, and some VMware customers have said they’ll now take closer looks at Hyper-V and XenServer because of vSphere 5.)

It’s a risk, but one VMware needs to take. As the newspaper, bookstore and music industries have shown us, sticking to the physical-world way of doing things would definitely not end well.

Photo (cc) by _tar0 on Flickr and republished here under a Creative Commons license. Some rights reserved.