Not surprisingly, cloud computing was the big theme at last week’s VMware Virtualization Forum in Boston. 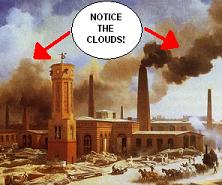 For the most part, VMware and the other vendors there focused on the nuts and bolts of the cloud; Bogomil Balkansky, vice president of product marketing, admitted, “We have really outdone ourselves in terms of the hype and marketing.”

(But occasionally they did revert to the kind of sales pitches and hyperbole that have led to so much cloud skepticism in the first place; Balkansky later compared cloud computing to the Industrial Revolution.)

One session I attended, in particular, offered some great real-world advice about a serious issue: security for virtual infrastructures and private clouds.

The session was actually called “Virtualizing Business Critical Apps,” but the 45-minute “introduction” by sponsor Trend Micro turned out to be more valuable than the session presentation itself. Trend Micro’s Harish Agastya, director of data center security, gave a relatively vendor-neutral and spin-free overview of some of the major virtualization security issues you should be aware of. Here are four of particular note:

For more information on securing your virtual infrastructure, follow these best practices for server virtualization security.