Much has been made of Microsoft’s regular attacks against VMware, from its “VMware Costs Way Too Much” poker chips to its “Microsoft Mythbusters” video. The folks in Redmond even faced accusations that they were spreading lies about VMware last year.

So why is VMware apologizing to Microsoft?

Two problems: 1) Hyper-V crashed in the video because it was running unsupported VMmark configurations, and 2) TechNet and MSDN crashed because of a spike in traffic surrounding the Windows 7 RC release. Conveniently for VMware, the video did not mention either of these facts. 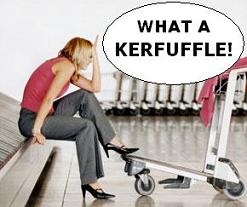 And that really annoyed Microsoft’s Jeff Woolsey, the principal group program manager for Hyper-V. He wrote a scathing blog post that said “this isn’t how billion dollar companies behave” and chastised VMware’s Bruce Herndon for downplaying the video controversy as a “kerfuffle”:

A “kerfuffle” is going to the coffee shop ordering a mocha and getting a latte. A “kerfuffle” is getting your luggage lost at the airport. If the shoe were on the other foot, you wouldn’t be using the word “kerfuffle.”

The video was a bit hyperbolic in its dramatization of Hyper-V’s reliability. Unfortunately, my intention to stir the pot with eye-poking banter has put my credibility and by association VMware’s credibility in question among some of you. … We will absolutely work our best to live up to the high standard you’ve come to expect from us.  And when we mess up, we’ll be the first to address the mistake head on.

Apologizing was clearly the right thing to do, but for some, the move was too little, too late. For example, take “TimC,” who made this comment on Drummonds’ apology:

It seems like you needed a fair bit of prompting after the guy from Microsoft ‘first addressed the mistake’ by calling you on it. Are you ever going to truly come clean and publish a full description of your test environment? … If you don’t do that, I would continue to question how serious you are about this ‘apology’.

This whole fiasco has taken the Microsoft vs. VMware fight from the level of professional business competition into the realm of personal animosity. You’d have to think things will only get worse as Microsoft prepares to release Hyper-V R2 — and VMware prepares to stave off the biggest challenge yet to its market dominance.

JohnnyG77 - 15 Jun 2009 3:48 PM
After 1.5 months of silence after being ousted...VMWare finally posted their "methodology" on June 8th, 2009...then 2 days later Scott apologized on June 10th. Too bad their posted "methodology" was also completely bogus, IMHO. I hope the same methodology can now be applied to public comparison benchmarks of VMWare and other Hypervisors to be released to the public...as long as it uses similar "VMWare approved" methodology that Bruce posted.
[-]

YellowBricks - 15 Jun 2009 4:40 PM
Hey JohnnyG77, the reply from Bruce was already posted a month ago or so. It appears that the blog has been reposted but the post was already there. Jeff even referred to it in his 3rd post. So the apology was posted a month later and not 2 days.