News of the VMware View iPad client was all the rage yesterday. The constant discussion got so bad at one point that I had to close my Twitter client and take a breather (but not before I posted a link to my own blog post on the product, of course). 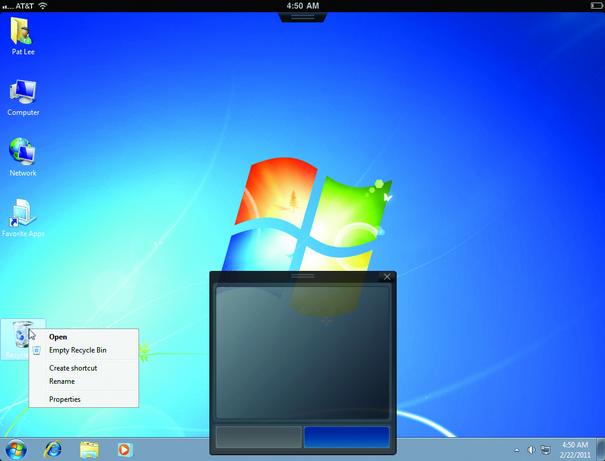 Because deep down, Maritz and his colleagues know the traditional operating system isn’t going anywhere anytime soon. Sure, cloud computing is going to make some pretty big changes to the data center, and end users are coming up with new, mobile ways to get their work done. But even in private clouds, VMs will be running Windows workloads. And even with the BYOPC model, users will be accessing Windows desktops.

beb4vm - 10 Mar 2011 7:17 PM
I personally believe that when Maritz said that the traditional operating system is on its way out, he was referring to the OS that handles all the layers of the OSI stack. I look at it as there will be an 'delivery' system that will handle the lower layers (hardware, kernel, drivers) and their will be a 'presentation' system for the applications and user interaction (Call them whatever you like, those are my terms). Thus not a single "traditional operating system" doing it all. Microsoft is best ready for the presentation area and VMware is ahead in the delivery area.