In early July, John Troyer and Luke Kilpatrick of VMware’s Social Media Team took some time out –nearly four minutes, in fact — to demo the VMworld 2010 backpack. They took us through the backpack’s paces — from its compartments for floppy disks (doesn’t everyone bring thumb drives? It’s 2010), pencils, and even an iPhone as well as its environmentally friendly accompaniment, a metal water bottle, and the improved zipper pulls over the 2009 model. The demo was thorough, if a little uncomfortable.

And for those who haven’t yet gleaned the backpack’s value, a Blades Made Simple post made the plea for attendees to recycle undesired packs to needy kids. I have to admit, I gave mine to a friend last year.

The video did bring pause, though. VMware faces some tough challenges over the next couple of years. It has yet to articulate a coherent cloud computing strategy that even its high-end users understand. The latest release of vSphere will be the last to support ESX, compelling users to migrate to the management console-less ESXi hypervisor, which will be an adjustment. And of course, Microsoft’s Hyper-V has become a viable alternative to the higher-priced VMware. Does the focus on backpacks indicate some displaced anxiety?

I look forward to seeing you at the show, and check out our VMworld 2010 coverage here.

jtroyer - 19 Aug 2010 2:57 PM
Hi Lauren, The backpack video was a single-take, five-minute goof as Luke and I were on our way to lunch. Please don't take it as a signifier in any way of VMware's business or technology strategy -- that's way above my pay grade! Instead, check out the videos at VMworld TV http://youtube.com/vmworldtv for a better overview of what to expect at VMworld this year. I just got a preview of our keynote messaging, and if your worldview isn't a little bit changed by what you'll year -- by how IT is changing and VMware is helping lead that change -- then you won't have been paying attention! John
[-]

BrandonRiley - 19 Aug 2010 3:49 PM
I just don't get why people think the decision to move to ESXi exclusively is a [B]bad[/B] thing. I know people don't like change, but consider the benefits to the customer of ditching ESXi. - Infinitely less patching, and less security risks - ESXi has to be more stable, just by virtue of the fact that it's not running IPTables, a Service Console, and a plethora of other management garbage that is not needed. - VMware can deliver a more consistent, higher quality product b/c now they only have a single version to worry about QAing. - Who doesn't like more security? Also, I disagree with the entire premise that Hyper-V is a viable alternative. Even the article you linked to said that Microsoft "could" close VMware's leadership gap in a "few years". Not sure how that equates to Hyper-V being a viable alternative. While I am sure it is for some SMB's who just want a hypervisor, it's not even a conversation in the enterprise world.
[-]

Colin Steele - 20 Aug 2010 8:11 AM
Lauren didn't say that the switch to ESXi exclusively is a bad thing, Brandon -- just that it "will be an adjustment." Most of the people I've talked to aren't looking forward to the process of moving to ESXi, but they are looking forward to the end result. As for Hyper-V, there's a difference between being a viable alternative and closing the leadership gap. According to IDC, VMware has 48% of the market and Microsoft has 23%. Clearly VMware is the leader, but Microsoft's position -- especially compared to where it was just a few years ago -- shows that it is becoming a viable alternative for more organizations. Are most of those organizations SMBs? Probably, but that doesn't make Hyper-V's growth any less valid.
[-]

ACoward - 20 Aug 2010 11:10 AM
@Colin Steele IDC? You're kidding, right? IDC's numbers have been shown to be wrong so many times it's not funny. This is the same company that claimed Microsoft had about 23% market share 2 days after Hyper-V shipped. When questioned on the numbers, they admitted it was based on the number of people who had purchased Windows Server 2008 with Hyper-V. They had no idea if the role had been installed and was being used. They also included Virtual Server in their analysis. Shortly after IDC release those idiotic figures Gartner release their own analysis showing that VMware had 89% market share......... I would recommend that you don't rely on the IDC figures to back you up if you want to put forward a credible argument in Hyper-V's favor.
[-]

Lauren Horwitz - 20 Aug 2010 11:18 AM
Thanks to all for continuing the discussion! So let's keep it going. As Colin mentioned,few dispute that today VMware is the market leader and the default for many large enterprises. The question is, for a company whose cornerstone technology is server virtualization, how will the company move forward with alternatives like Hyper-V barking at its door? SearchServerVirtualization.com’s own Virtualization Decisions 2010 survey, which is ongoing, corroborates the IDC research that Colin cites above. In the survey, nearly 75% of 483 respondents say that some flavor of VMware is their primary platform today, and only 13% say that Hyper-V is their primary platform. So no question: VMware dominates the market today. But when asked whether over the next year they will consider deploying alternatives to their primary virtualization platform, nearly 20% of 360 respondents say they are considering Hyper-V. Another 8% said XenServer. The point is, the number of IT shops that will give Hyper-V a second glance is growing. That doesn’t mean Hyper-V will fit high-end needs, but shops are considering weighing performance, high-end features and price. While this may not spell mass defection from VMware, it does indicate increasing competition. Similarly, when 480 respondents were asked whether they will implement a private cloud over the next year, 67% say they aren’t considering one. For a company whose self-professed next move is enabling cloud computing, these numbers are potentially problematic. If VMware’s future roadmap hinges on the cloud, the company still needs to sell the cloud even to its loyal, enthusiastic users (i.e., Virtualization Decisionsrespondents). That is VMware’s biggest challenge today.
[-]

Colin Steele - 20 Aug 2010 12:38 PM
@ACoward Gartner predicts Microsoft will have at least 27% market share by 2012, so IDC's not terribly far off. Gartner had Microsoft at just 8% in 2008, so Hyper-V is clearly making strides. Nobody's saying that Hyper-V will catch up to VMware soon (or maybe even ever), just that Microsoft has a growing customer base.
[-] 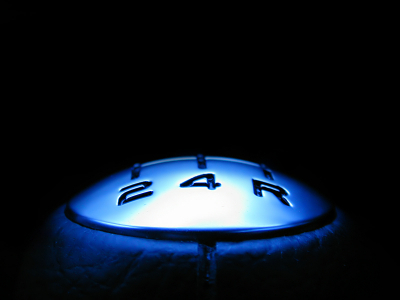 BlueShift - 20 Aug 2010 1:53 PM
This is a tricky discussion. Hyper-V certainly has become a viable alternative hypervisor but this requires some context. Limiting the scope to the hypervisor level, Hyper-V is maturing and viable, but it still doesn't have key ROI enabling features like memory over-commit which have been available for years in ESX 3.5. Going beyond the hypervisor, VMware CEO Paul Maritz recently explained how they have evolved from a CapEx play, to an OpEx play to a "how to do IT play". Virtualization is one enabler to the private cloud model, and VMware has a robust ecosystem around creating value, standards, and flexibility in IT to which MSFT has not yet developed to the same degree in my opinion. In other words, today VMware is better position to offer customers the benefits of cloud computing, public or private (in my opinion). Hyper-V will be attractive to Windows shops and SMB's wanting to get started with virtualization and focus on the basic consolidation benefits at lower price points. VMware in contrast will be more attractive in larger IT shops with mission critical work loads, and those who wish to capitalize on cloud computing benefits. Over time Hyper-V and it's ecosystem will further mature and Hyper-V will certainly be a significant player. But then again VMWare has yet to show any indication that they are standing still either. I'm sure VMware is tracking Hyper-V closely, but I am not sure that I would use to word "anxiety" when describing VMware's feelings towards Hyper-V :)
[-]

BlueShift - 20 Aug 2010 2:10 PM
Also I am wondering how IDC tracks adoption given that Hyper-V is a part of Windows Server itself.