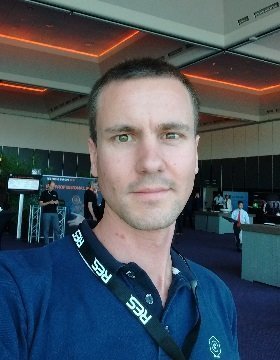 Editor’s note: The announcement of EVO:RAIL at VMworld and VMworld Europe 2014 showed the importance VMware is attaching to hyper-converged infrastructure. This first of two articles examines the technology behind EVO:RAIL and how the different OEM partners vary. The second article will show what use cases apply to EVO:RAIL and discusses the pros and cons. The original German language version of this article can be found on SearchDataCenter.de.

If you look at the technological basis of EVO:RAIL, it is nothing more than preconfigured and preinstalled blade servers with integrated networking and storage resources. VMware doesn´t build the appliance itself, but relies on hardware partners like HP, Dell or Fujitsu that place their own server hardware at the heart of their respective EVO:RAIL offering. VMware then adds its own software stack consisting of vSphere, vSAN, vRealize Log Insight and the newly-announced EVO:RAIL engine.

The technological basis of VMware EVO:RAIL

EVO:RAIL isn´t distributed by VMware itself, but through the distribution channels of its OEM partners. As these EVO:RAIL partners need to certify their hardware, VMware promises the same rapid deployment and configuration process throughout the different vendors. This is enabled through the new EVO:RAIL engine that, according to VMware, fulfills more than 200 background tasks during installation, like installation of databases or deployment of web servers.

The 2U appliance can be scaled out to four appliances. One appliance is said to provide enough performance for 100 virtual machines or 250 virtual desktops. For both use cases, VMware provides two different versions that differ only in the integrated software (VMware Horizon 6 for VDI). As of the time of this writing, all appliances use the dual socket Intel Xeon 2620 v2 CPUs with six cores, but according to some vendors there will be EVO:RAIL appliances with Intel Haswell CPU Xeon E5-2600 v3 shortly.

Little is known yet about the differences between the EVO:RAIL appliances that the various OEM partners are building. We simply haven’t seen the shipped appliance yet, and most vendors are targeting the first quarter of 2015 for general availability.

Due to the certification process the hardware has to go through, there shouldn´t be too many differences regarding the performance of the various EVO:RAIL appliances. Nevertheless, the underlying hardware of each vendor has its influence on performance. For example, Fujitsu points out in its marketing materials that it maintains a leading position in the official VMmark Benchmark.

Normally customers do not get insights into specific hardware components, hence there could be differences in the quality of certain peripheral parts of the particular appliances.

The decision for one of the different vendors (HP, Dell, Fujitsu, NetApp, EMC, Hitachi Data Systems, Inspur, NetOne and Supermicro) at the moment is most probably based on regional availability and the existing infrastructure in a customer’s data center. Where there already is hardware or management software from one of the vendors, chances are high a customer would choose the same vendor for his EVO:RAIL appliance. Obvious differences between the various VMware partners only exist in regard to the surrounding services and the existing ecosystem of the vendor.

For example, HP integrates EVO:RAIL into its management platform OneView, whereas Dell makes use of Nexenta’s software-defined storage solution NexentaConnect for VMware vSAN and VMware Horizon. A similar cooperation exists between Nexenta and Supermicro. Hitachi, on the other side, stresses the deep integration into its Unified Compute Platform (UCP).

For all the technical similarities between VMware’s EVO:RAIL partners it seems possible that we could see different prices. It wouldn´t be the first time the server market has seen this approach between competing vendors.