During VM restarts, use smart paging to fulfill memory needs 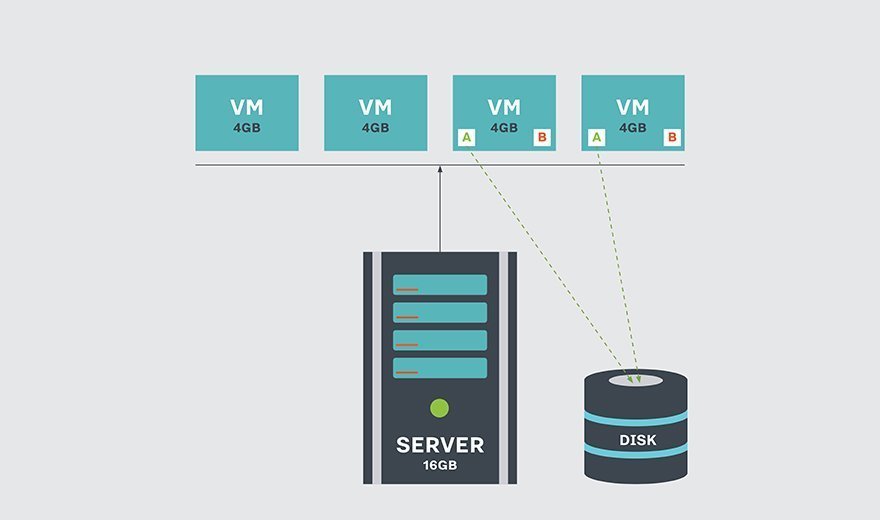 This approach to memory paging is used only during VM startups when there is no physical memory available and none can be reclaimed. With smart paging, the guest OS is responsible for identifying which pages to swap. Because the guest OS is aware of what pages are being used, it can identify better candidates for swapping (indicated by A), minimizing performance issues. Smart paging was introduced in Windows Server 2012 to give VMs the additional memory needed to start up and then scale back again during normal operations. This technique isn't used when memory is oversubscribed or the VM is part of a Hyper-V failover cluster. If you have high VM density, avoid potential issues with dynamic memory allocation by dedicating a solid-state drive on the host server to smart paging. That way, you don't have to worry about minimum memory versus startup memory when adjusting the settings. Even when there isn't enough unused memory left for a restart, the VM will boot successfully and efficiently. For lower VM density, simply ensure the volume has enough space for VM components and smart paging files.